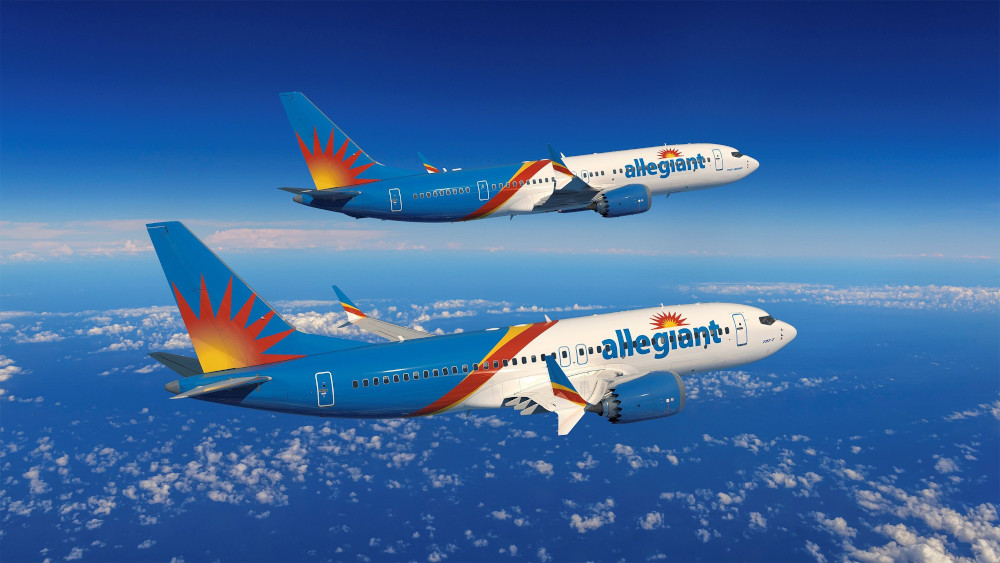 Boeing and Allegiant Air today announced an order for 50 737 MAX jets, with options for 50 additional airplanes. In Boeing’s first U.S. ultra-low cost carrier (ULCC) deal, Allegiant selected the 737-7 and 737-8-200, which provide the lowest seat-mile costs for a single-aisle airplane and high-dispatch reliability.

Boeing and Allegiant will partner on entry-into-service support, enabling a smooth transition as the carrier adds the 737 into its operation. Allegiant will also utilize a suite of Boeing Global Services digital tools to further enhance operational efficiency. Allegiant currently operates a fleet of 108 Airbus A319 and A320 airplanes. Compared to Allegiant’s current fleet, the new 737 models will reduce fuel use and carbon emissions by 20%.

“Our approach to fleet has always been opportunistic, and this exciting transaction with Boeing is no exception,” said Maurice J. Gallagher, Jr., Allegiant chairman and CEO. “While the heart of our strategy continues to center on previously-owned aircraft, the infusion of up to 100 direct-from-the-manufacturer 737s will bring numerous benefits for the future – including flexibility for capacity growth and aircraft retirements, significant environmental benefits, and modern configuration and cabin features our customers will appreciate.”

“We are thrilled that Allegiant has selected Boeing and the 737 MAX as they position themselves for future growth, improved efficiency and operational cost performance.” said Stan Deal, Boeing Commercial Airplanes president and CEO. “This deal further validates the economics of the 737 MAX family in the ULCC market and we’re excited to stand alongside Allegiant as they integrate these new airplanes into their fleet.”