All Nippon Airways’ third Airbus A380 has been painted 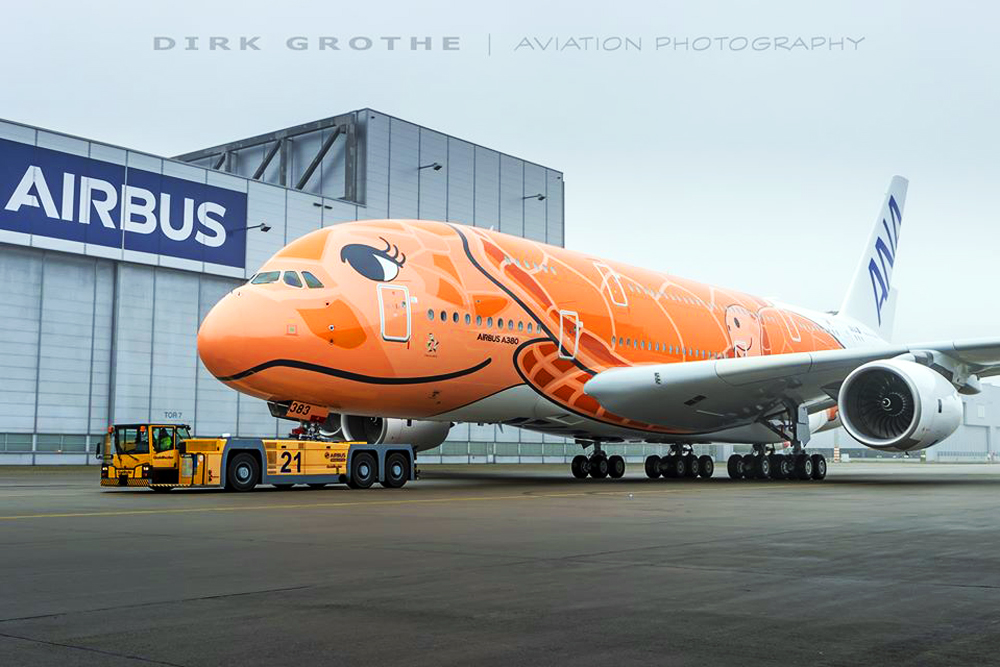 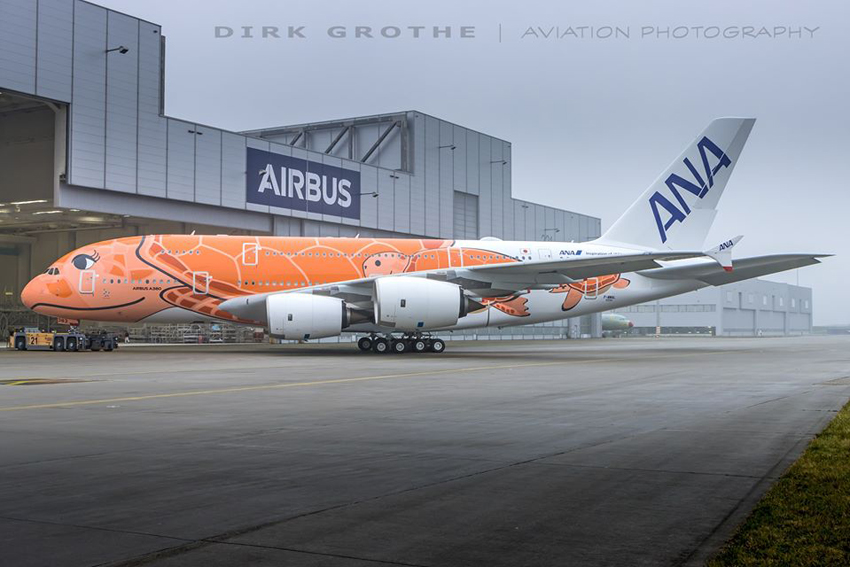 With the arrival of its third A380, ANA will be able to offer 14 A380 flights per week on the Narita-Honolulu route – an increase from the current 10, significantly expanding overall capacity. Like the preceding two, ANA’s third A380 is painted in a special livery depicting the Hawaiian Green Sea Turtle (also known as the Honu). This latest A380’s orange design – inspired by the Hawaiian sunset – was seen for the first time when the aircraft rolled out of Airbus’ paint shop in Hamburg.

ANA’s first A380 (JA381A) entered service on the Narita-Honolulu route in May 2019, painted in blue to represent the Hawaiian blue sky. The second one (JA382A) is emerald green, which is inspired by the crystal clear waters of the Hawaiian ocean. Both A380s and their unique liveries were well received by passengers. 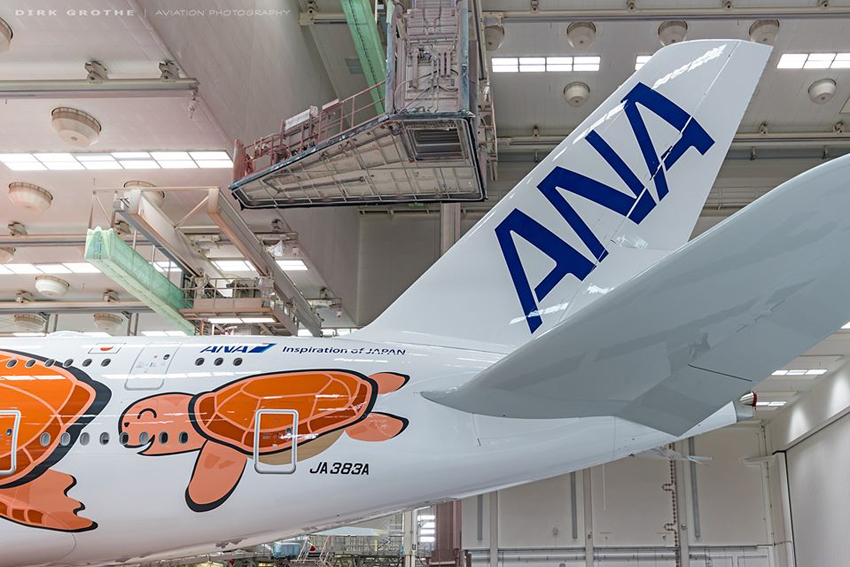 ANA currently provides two daily flights on the Narita-Honolulu route, with 10 flights served by Airbus A380 and 4 operated by Boeing 777s. Starting on July 1st, ANA will begin simultaneously operating its 3 Airbus A380s to support the increase in round trips on these aircraft from 10 to 14 per week. Starting from January 9th, passengers who had purchased tickets for this route on a Boeing 777-300ER aircraft departing on or after July 1st will be notified regarding the aircraft change. 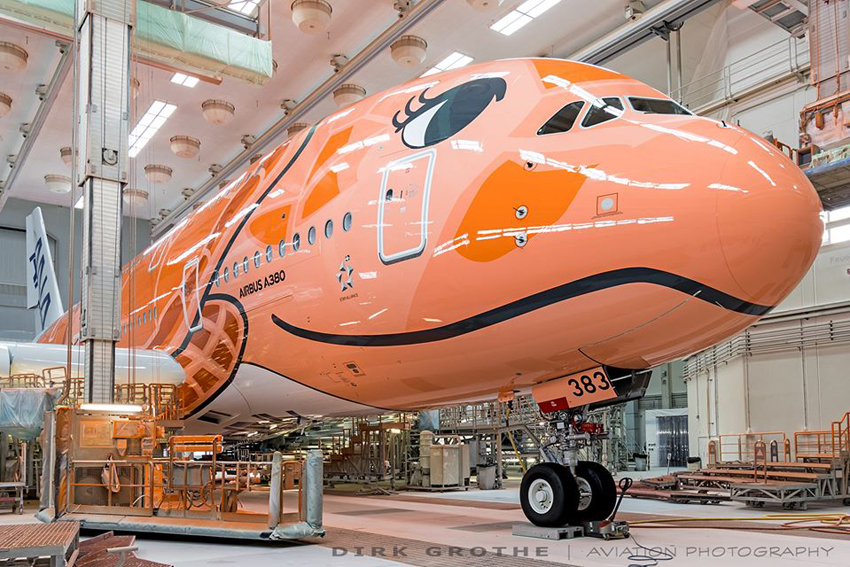 The A380, which takes off or lands somewhere in the world every two minutes, will retain its status as a passenger-pleasing aircraft in the years to come thanks to Airbus’ top-level support for the double-deck airliner and its continued use by operators around the globe. More than 300 million passengers have flown on A380s since the aircraft’s service entry in 2007, with 330-plus flights performed each day by the global fleet – providing ample opportunity for travellers to enjoy the most spacious cabin in the sky. The A380 currently is operated on 150 routes, while 400 airports worldwide are A380-compatible.

Over 240 A380s have been delivered to date. Among the latest operators is All Nippon Airways (ANA), with the Japanese carrier gearing up to receive its third A380 from Airbus, optimising flight services on the highly popular route connecting Tokyo’s Narita International Airport and Honolulu in the U.S. Hawaiian Islands. Photos: Dirk Grothe Aviation Photography. 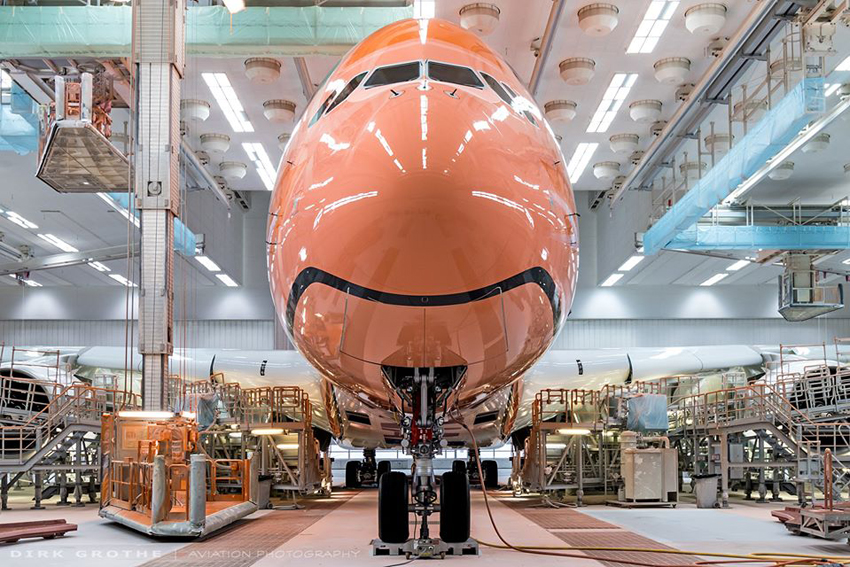 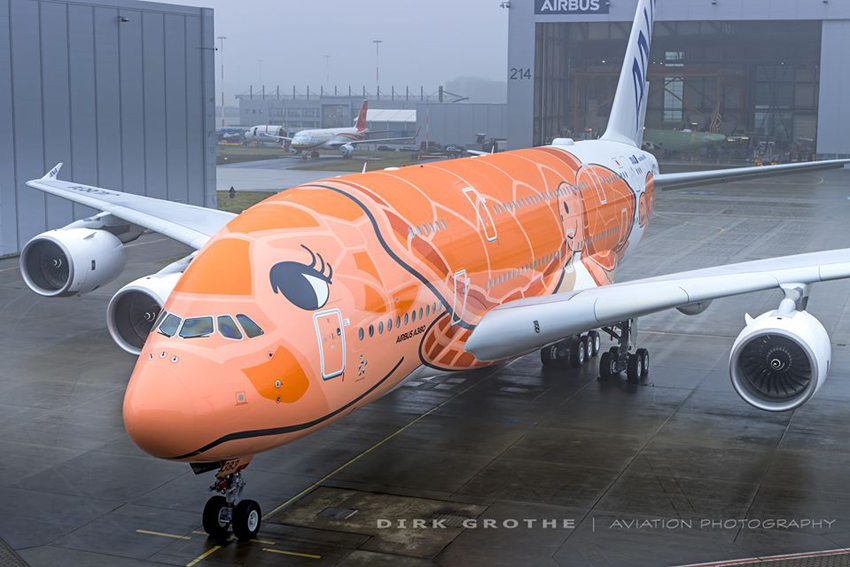