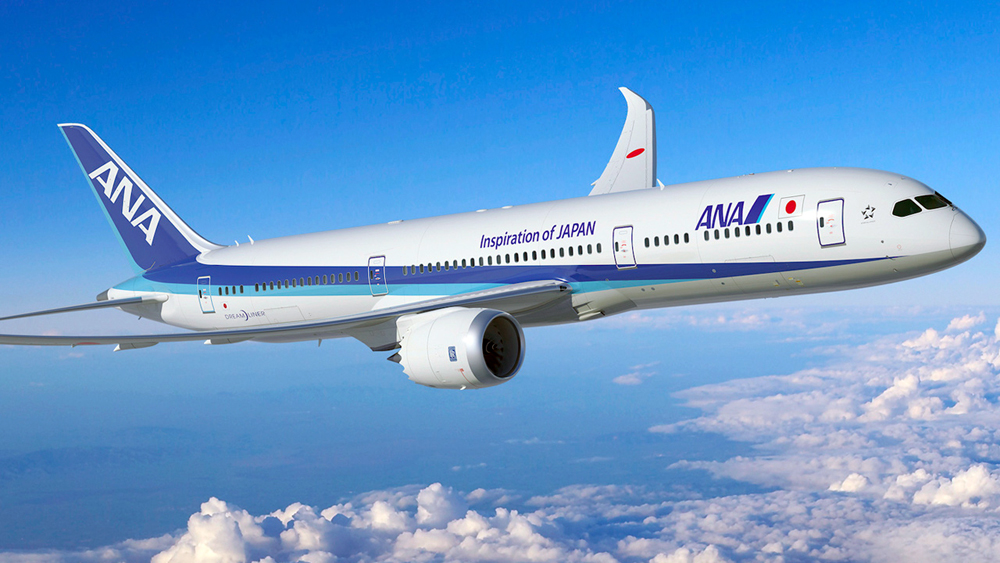 Istanbul, Milan, Moscow, Shenzhen and Stockholm are part of the 12 new routes ANA will serve out of Haneda Airport starting in 2020. Next year, ANA will also be increasing the frequency of the Haneda – Los Angeles and Haneda – Sydney flights.

All Nippon Airways, Japan’s largest 5-Star airline for 7 consecutive years, will expand its international network by adding 5 cities – Istanbul, Milan, Moscow, Shenzhen and Stockholm – from Tokyo Haneda International Airport (HND) starting with the summer schedule for 2020, with tickets going on sale in mid-December 2019. The addition of these routes will bring the total number of international cities served by ANA flights to 52 and will expand ANA’s presence at Haneda Airport.

“There is growing demand to visit Japan, and ANA will increase its international service just as Haneda Airport also expands to adapt for inbound Japanese tourism,” said Seiichi Takahashi, Senior Vice President of ANA. “These new routes will increase the ease and convenience for passengers flying to Japan from across the world, a significant benefit of our dual hub strategy.”

As part of its expanded summer schedule for 2020 (March 29 – October 24, 2020), Star Alliance member ANA will offer new non-stop service from Haneda Airport to:

In addition to these new services from Haneda Airport, ANA will also be increasing the frequency of the Haneda – Los Angeles and Haneda – Sydney routes. The Delhi, Houston, Los Angeles, San Jose, Seattle and Washington D.C. routes will be relocated from Narita International Airport. 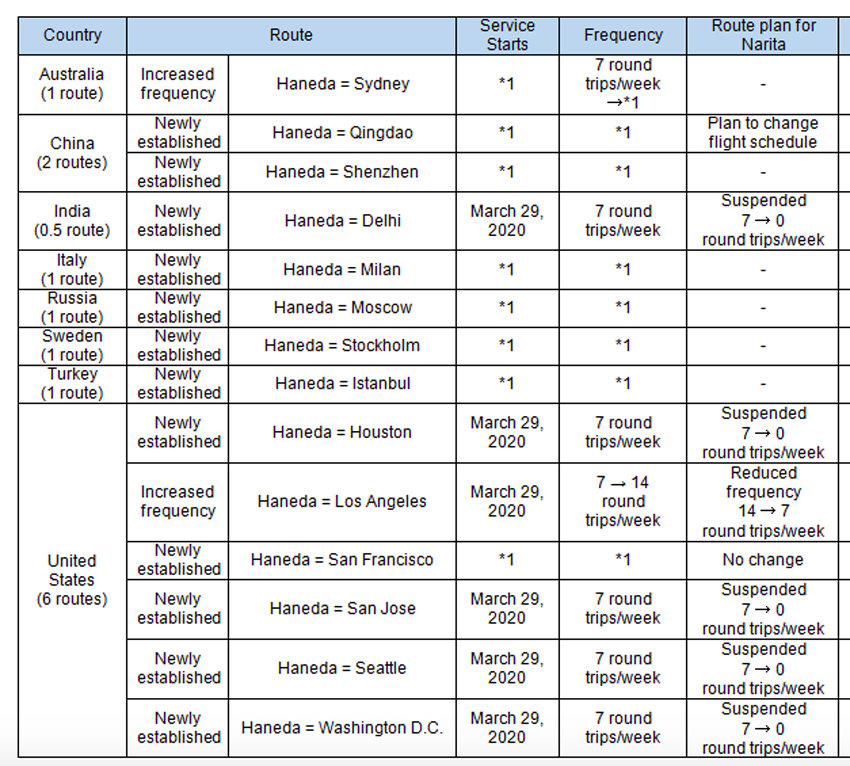 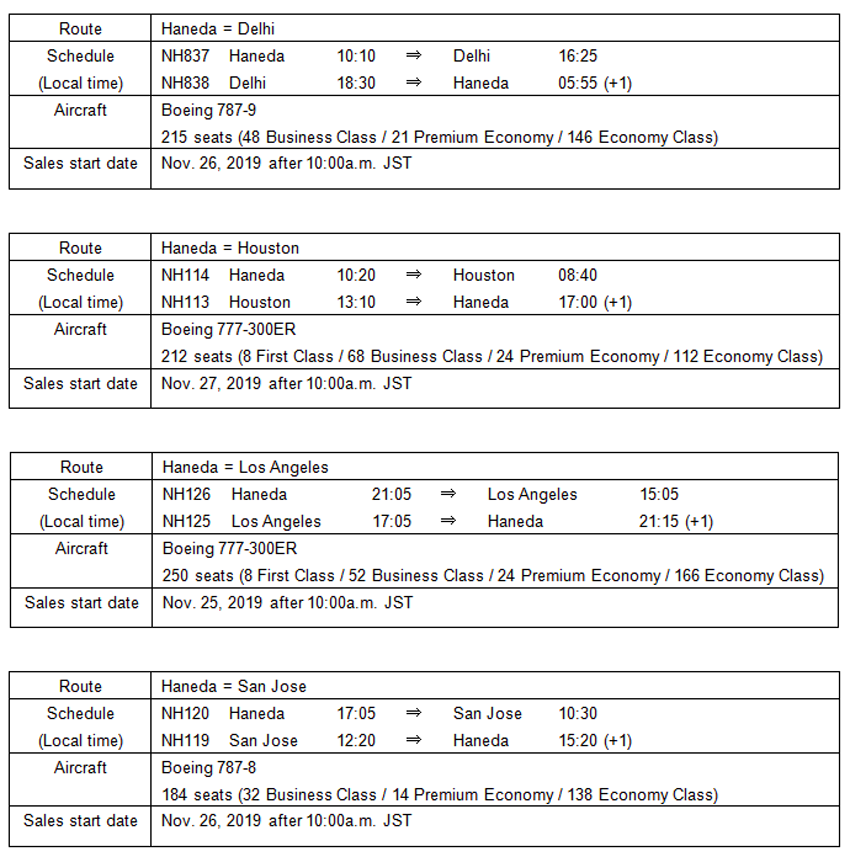