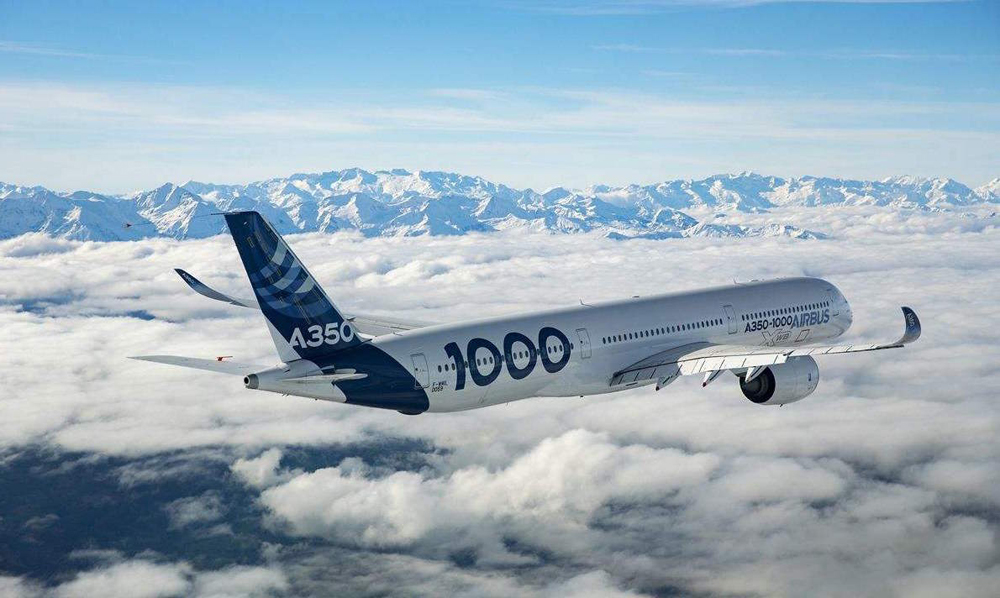 Thanks to the installation of modified exits, with dual-lane evacuation slides, the A350-1000 has been cleared by EASA for an increase in maximum accommodation to 480 seats (previously 440 seats). Also, the European Union Aviation Safety Agency has given type certification for the A319neo powered by Pratt & Whitney PW1100G engines.

Modifications necessary for the 480-seat version: 10-abreast layout and modified exits on all 4 pairs of doors. According to EASA, possible configurations for this A350-1000 version: up to 120-124 seats in the forward cabin, 180-190 seats in the central cabin and 170-180 seats in the aft cabin. As per EASA, if the maximum seating exceeds 400, the number of cabin crew members required increases to 9, and a 3rd cabin crew must be stationed at each installed pair of Type-A+ exits. Airbus has used these modified exits to also increase the maximum accommodation of the A330-900 to 460 seats.

Following EASA’s type certification for A319neo with CFM International Leap-1A engines given in late 2018, now it has approved type certification for PW1100G-powered A319neos. According to Airbus, it flew around 240 hours across 90 sorties to certificate the Pratt-powered variant since the first flight on 25 April. Since certification in July, two ACJ319neo corporate jets have been delivered. Airbus, which has firm orders for 36 A319neos, will begin deliveries to airlines in 2020. via FlightGlobal