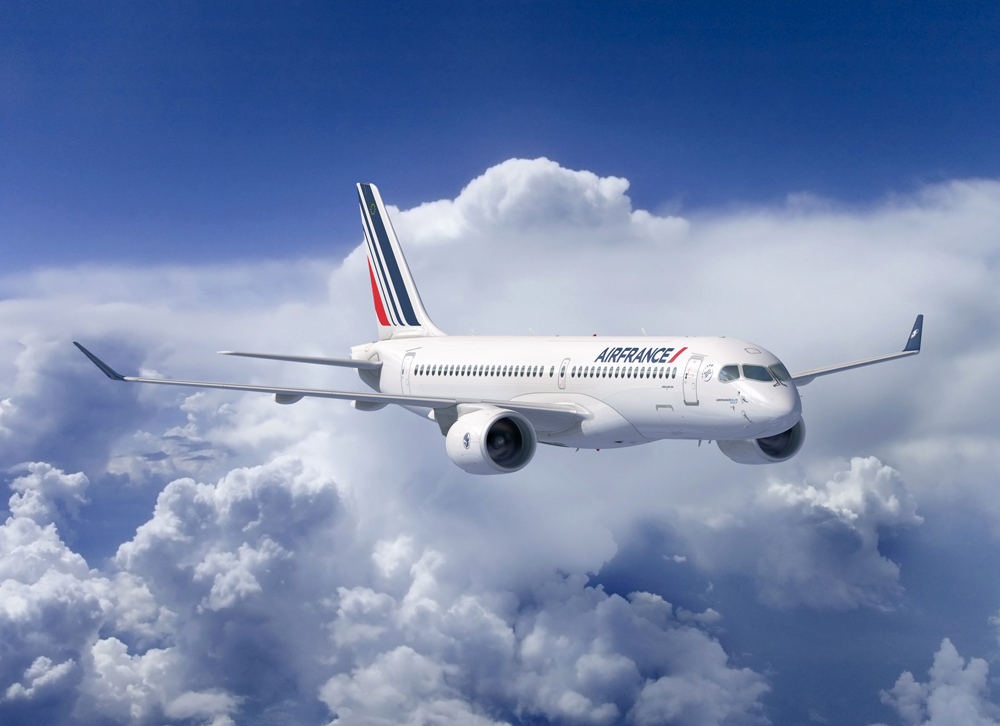 The Air France–KLM Group has firmed up an order for 60 Airbus A220-300 aircraft to modernise its single-aisle fleet. The aircraft are intended to be operated by Air France.

“We are glad to see that Air France is endorsing the A220 as a great step towards fleet optimisation for large network carriers. The largest Airbus A220 order from a European carrier to date speaks volumes on Air France’s ambitious sustainability drive. The modern and fuel efficient Airbus A220 will contribute to lower fuel burn and CO2 emissions significantly compared to older generation aircraft,” said Christian Scherer, Airbus Chief Commercial Officer. “We thank Air France for the confidence placed in Airbus and for its investment in our latest technology aircraft.” Air France-KLM currently operates a fleet of 159 Airbus aircraft.

The A220 is the only aircraft purpose-built for the 100-150 seat market; it delivers significant fuel efficiency and widebody passenger comfort in a single-aisle aircraft. The A220 brings together state-of-the-art aerodynamics, advanced materials and Pratt & Whitney’s latest-generation PW1500G geared turbofan engines to offer at least 20 percent lower fuel burn per seat compared to previous generation aircraft. The A220 offers the performance of larger single-aisle aircraft.