Air Canada’s first Airbus A220-300 has been painted 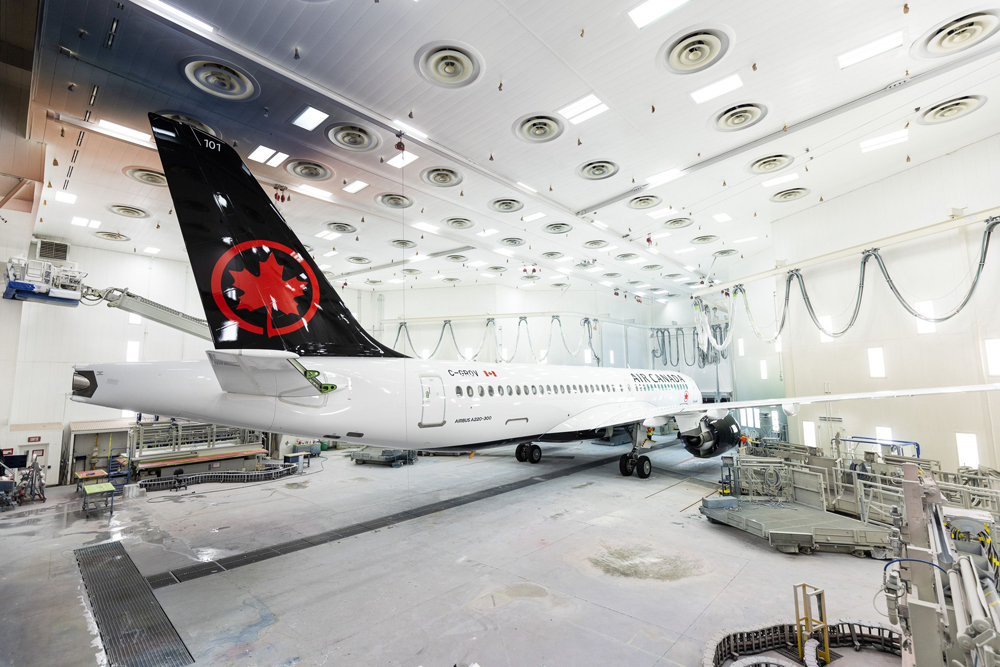 Air Canada’s first Airbus A220 was unveiled this week when it rolled out of the painting hangar at the A220 final assembly line in Mirabel. In December, Air Canada will be the first Canadian airline to take delivery of this Canadian-designed and developed aircraft when it receives the first of its 45 A220s on order.

First routes for Air Canada’s A220 will debut in Spring 2020: Montreal-Seattle and Toronto-San Jose, California. Air Canada will be the first North American carrier to operate the larger A220-300 version of the aircraft, which has a range of 3,200 nautical miles. To be initially deployed from Montreal and Toronto on existing Canadian and transborder routes such as to Ottawa, Winnipeg, Calgary, Edmonton and New York – La Guardia, the A220-300 will open new markets such as the Montreal–Seattle and Toronto–San Jose.

The two-class cabin will have a total of 137 seats: 12 in a 2×2 configuration in Business Class and 125 in a 3×2 layout for Economy passengers. Customers will have more personal space thanks to the widest economy seats in the fleet, and the largest overhead stowage bins for an aircraft this size. Additional features include larger windows and full-colour LED ambient and customizable mood lighting that contribute to reducing fatigue while travelling. The high ceilings, extra shoulder room and storage make this an unparalleled interior in the narrow-body segment. 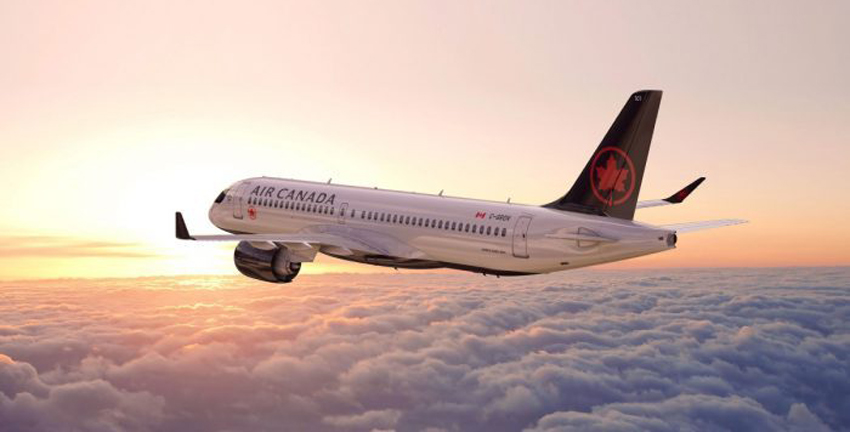 Every seat on the A220 features a Panasonic eX1 in-flight entertainment system with content available in 15 languages and featuring more than 1,000 hours of high-quality entertainment, including access to Bell Media’s premium entertainment service, Crave, and Canadian-based multi-platform audio service, Stingray. The A220 will come equipped with satellite based high speed connectivity for Wi-Fi access with USB A, USB C, and AC power available to every passenger.

Now that the aircraft is decked out in Air Canada’s livery, it has moved to pre-flight activities in the A220 flight line hangar in Mirabel, before taking off for its first flight later this fall. The A220-300 for Air Canada will provide passengers with superior comfort in a 137-seat dual-class cabin layout. Air Canada’s brand new A220-300s will replace the flag carrier’s existing mainline fleet of smaller, older narrow-body aircraft and support the airline’s hub and network growth, creating one of the world’s youngest and most fuel efficient fleets. 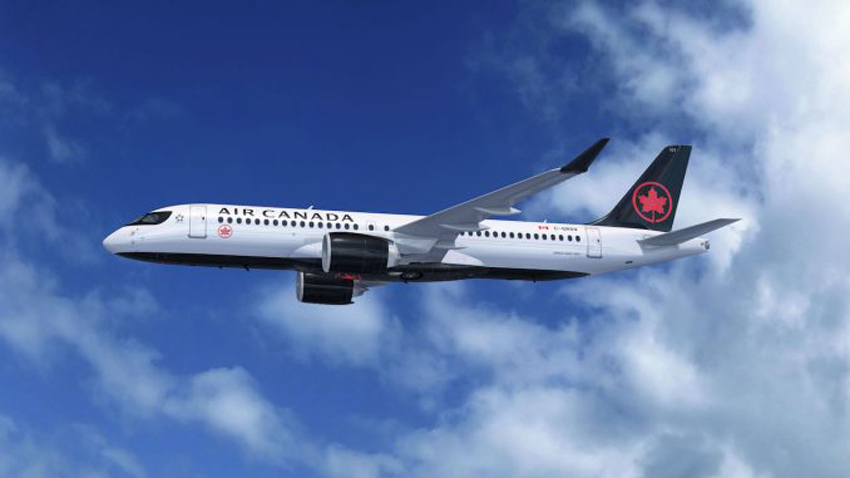 The A220 features an innovative cabin design, as well as significantly lower emissions and a reduced noise footprint. Currently, there are 94 A220 aircraft flying with six operators on regional and transcontinental routes in Asia, America, Europe, the Middle East and Africa, proving the great versatility of Airbus’ latest family member. The A220 has an order book of 530 aircraft as of the end of October 2019.