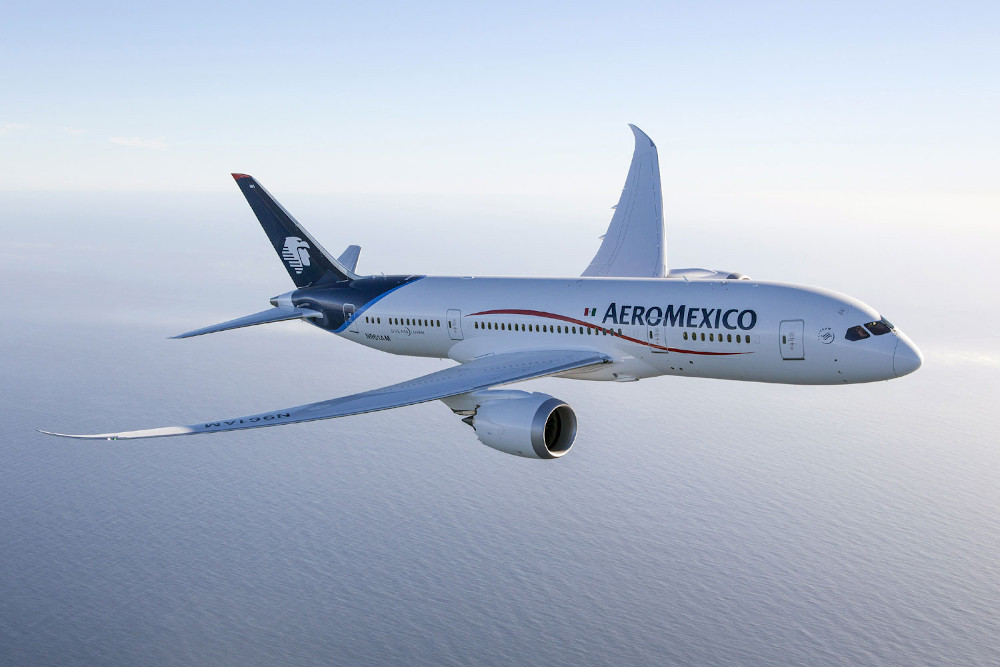 Operated by one of its Boeing 787-9 Dreamliners (N183AM) carrying medical supplies, AeroMexico’s longest non-stop flight to date took place on May 25/26 from Shenzhen to Mexico City.

This was the longest non-stop flight in the history of aviation in Mexico, and the first time when Shenzhen was connected to Latin American with a direct flight. It is also the first time that the Asian city connects with Latin America on a direct flight. The 787-9 Dreamliner departed last Sunday, May 24, from Mexico City to Narita, Japan, where it made a technical stopover, then continued to Shenzhen. From here it took off on Monday, May 25 and flew non-stop to Mexico City, landing in the early morning of May 26.

“We are in the most difficult crisis the airline industry has ever experienced, but in adversity there are also opportunities. I want to thank flight attendants, pilots, cargo technicians, maintenance, airports, ground support, training, administrative, and management teams for their support and commitment to continue flying and protect the wings of our Caballero Aguila ”, said Andres Conesa, CEO Grupo Aeromexico. “I also want to thank the Mexican Government, the Civil Aviation Administration of China, airport authorities and all Chinese partners, as well as private companies for giving us their trust and support to transport these important supplies and continue writing new stories for Mexico.”

AeroMexico will have more flights to Shenzhen, in addition to those already made to Shanghai during this contingency, in which AeroMexico completed 100 exclusive cargo operations this week, transporting medical supplies to 14 countries, with more than 1,400 tons of cargo, 3,600 of flight hours, 1,300 people involved and a figure higher than 2.7 million kilometers travelled, equivalent to more than 67 trips around the planet.

The airline’s first flight was in 1934, serving the Mexico City – Acapulco route on a Stinson aircraft for 4 passengers that traveled about 300 kilometers at a speed of 240 km/h. Today, AeroMexico’s Boeing 787-9 Dreamliners have a capacity of 274 passengers and crew and can fly up to 16 hours non-stop, reaching 930 km/h.