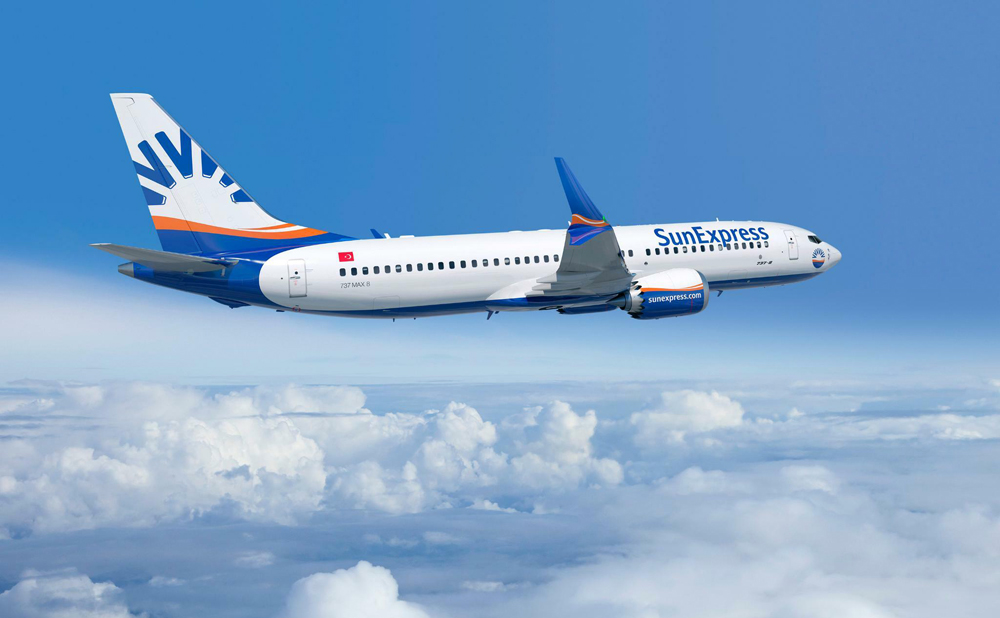 SunExpress is exercising options for 10 additional Boeing 737 MAX 8 airplanes to continue renewing its fleet, the airline and Boeing announced today at the Dubai Airshow. The purchase, valued at $1.2 billion according to list prices, adds to a previous SunExpress order for 32 MAX airplanes.

“We are honored and humbled by the trust that SunExpress has placed in our team at Boeing. They have been a wonderful partner over the years, demonstrating every day the efficiency and reliability of the Boeing 737 across their growing network,” said Stan Deal, president & CEO of Boeing Commercial Airplanes. “We regret the impact the MAX grounding has had on SunExpress and their passengers. The Boeing team is working hard to safely return the airplane to service and providing the capacity for SunExpress to continue serving as the backbone of air travel in the Turkish tourism industry.”

DUBAI AIRSHOW / Boeing and Sun Express have announced an order for additional order for 10 #737MAX on top of the existing 32 already ordered. #DAS19